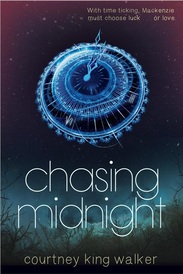 CHASING MIDNIGHT, an enchanting YA modern twist on the classic Cinderella theme.

With time ticking, would you choose luck...or love?

Sixteen-year-old Mackenzie knows life is always better for the lucky ones—the problem is, she’s never been one. But when Mackenzie finally gets her wish, she quickly realizes the royal life isn’t exactly what she had in mind. And her dream prince is nothing close to charming! With running shoes as glass slippers, this modern retelling of Cinderella is an enchanting and entertaining read.
AMAZON

MOLLY PEPPER AND THE NIGHT TRAIN, an MG mystery filled with adventure and magic.

Hidden somewhere in the fog of the San Francisco bay lies Blue Rock Island, home to the bay area’s two best-kept secrets: Bell’s Bluff, the old, abandoned prison on one side of the island, and the Night Train, a mysterious train ride on the other. When twelve-year-old Molly Pepper receives a secret invitation promising a night of magic and adventure aboard the Night Train, she is skeptical. In her experience, most promises prove too good to be true. The fact that she lost her mom is proof enough.

Still, Molly gives hope another chance. Together with her loyal friend, Noah Wonderly, they sneak out of the house and follow a string of clues leading to the Night Train. But when the train stops at Bell's Bluff, Molly discovers the real reason she was invited. There, she starts to wonder if hope and magic not only fix broken promises; but make you believe in them again. Available at Amazon and Barnes & Noble.  CLICK HERE FOR THE BOOK TRAILER. 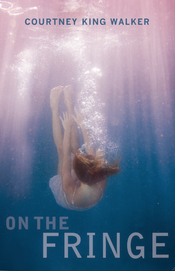 ON THE F﻿RINGE﻿, a YA ghost story, where your first embrace could be your last.

Claire is struggling to overcome the murder of her childhood friend and secret crush, Daniel. Everyone else seems to be moving on with their lives, but she’s still trying to cope. The fact that she finds herself alone and drowning on her 16th birthday isn’t helping.

Neither is thinking she sees Daniel’s face in the murky water as she mysteriously resurfaces. But something happened during those four and a half minutes that will make her realize it was not just her imagination.

As Claire and Daniel try to grasp a possible reconnection, other grudge-holding beings have plans of their own. Now, the two of them must decide if their fleeting relationship is worth the possibility of Claire being trapped on the fringe forever.
Available at Amazon and Barnes & Noble. CLICK HERE FOR THE BOOK TRAILER.
Powered by